LINDA THANKS EVERYONE FOR THEIR SUPPORTFILMING FOR NEW PROJECT STARTING SOON 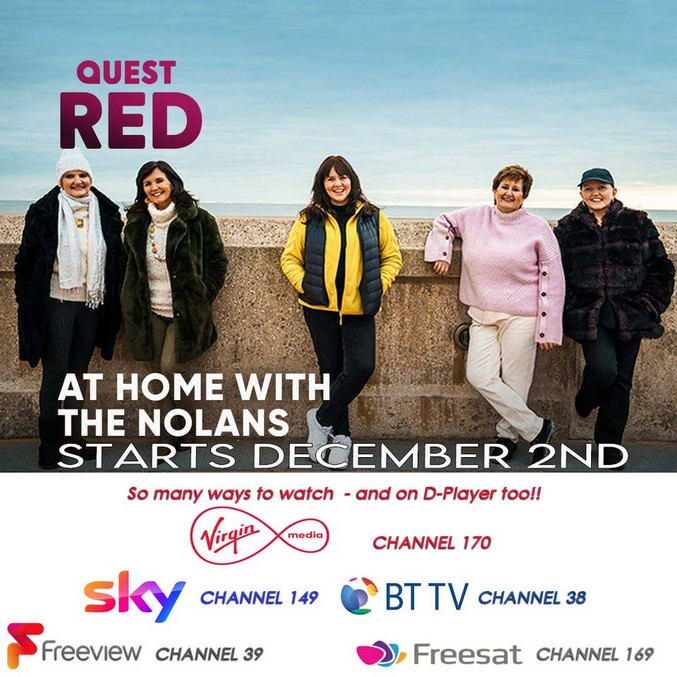 LINDA'S CANCER STORY
The news that Linda' cancer has spread was revealed exclusively in the Sun newspaper on 3rd August 2020. You can read the full interview here. Linda is currently undergoing treatment and we are confident that she will be back on track in a very short time. 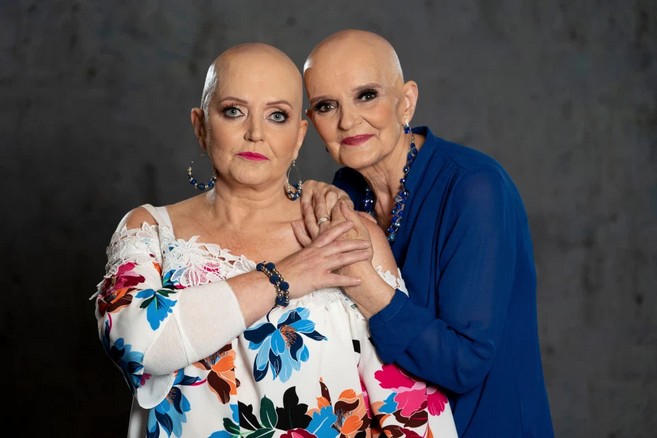 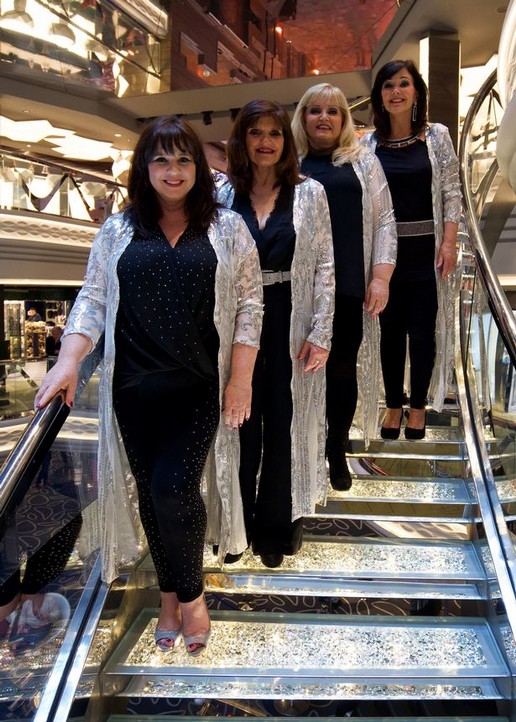 The Nolans: Go Crusing has been a smash hit for Quest Red TV. With the show receiving some of the highest ratings the channel has ever had. The show follows the Nolan sisters  Coleen, Linda, Maureen and Anne as they go on their first shared trip  and first singing reunion in decades.The sisters will embark on  two cruises around the Mediterranean onboard the MSC Grandiosa and across the eight-episode series they will prepare to perform their hit  single I’m In The Mood For Dancing on their final night on the ship in  front of their fellow passengers. The ladies bond over visits to beautiful cities and towns, enjoy the  luxury treatment on board one of the biggest Cruise ships in the world,  while preparing for a grand finale reunion show on the ship.  The series will explore themes of loss, finding love in middle age and the strength of female friendships.  They  will also address issues such as Linda’s fight with incurable breast  cancer, low self-esteem, and what single life in middle age means for  them.  The Nolans: In The Mood For Cruising is the sisters’ first TV show and singing reunion together in decades. Ahead  of the show, Coleen said: “The four of us are so excited to go on this  trip; there are things that we all want to tick off our bucket lists,  and this is definitely one of them! “We want to give Linda the trip and performance of a lifetime!” Linda added: “This trip is going to be a riot and I cannot wait. Also we get to perform together again, and with Anne, and that will be very special.” The news comes after Coleen Nolan admitted  her "libido is dead" after making the candid confession that she hasn't  had sex for years, in an exclusive interview with Mirror Online. The  singer and Loose Women star, 54, divorced second husband Ray Fensome in  2018, saying the "emotional and physical connection" had gone from  their relationship. Coleen hasn't ruled out finding love once more, but says she'll never get married again.
From the writers of the hit comedy Hormonal Housewives, Girls Just Wanna Have Fun is the brand-new musical comedy show that does exactly what it says on the tin. 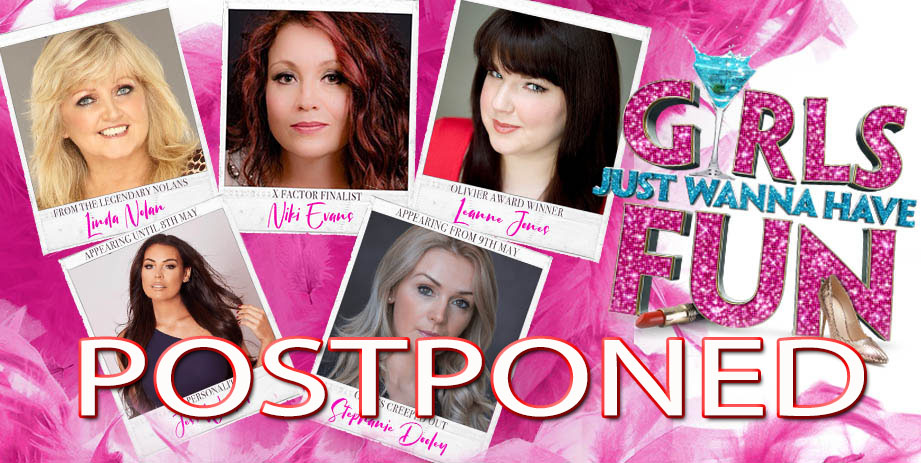 AS SOON AS THIS SHOW IS RESCHEDULED WE WILL AMEND THE TOUR DATES.
Join our four refreshingly honest and unreserved girls, the Legendary Linda Nolan, X Factor Finalist Niki Evans, TV Personality Jess Wright (until 8th May), CBBC Creeped Out’s Stephanie Dooley (from 9th May) and Olivier Award Winner Leanne Jones as they go on a riotous evening of laugh-out-loud sketches and classic pop anthems that define being a 21st Century woman.
We  take a no-holds-barred comedy romp through everything life throws at a  modern day woman, dating, relationships, breakups, fashion, dieting,  chocolate, more dieting, sex, going out, staying in, wine, more wine and  of course, men. All are thrown under the microscope of uproarious  dissection – no subject is too taboo!
Get involved and come along to channel your inner diva because Girls Just Wanna Have Fun!
TOUR DATES AND ONLINE BOOKING HERE
LINDA'S OFFICAL WEBSITE IS PART OF THE NEW OFFICIAL NOLANS WEBSITE - CHECK IT OUT LY CLICKING THE BANNER

LINDA'S CHARITY WORK NEWS
LINDA is a major charity contributor. Her charity work blossomed when she was diagnosed with breast cancer in the mid 2000's. She underwent a mastectomy and chemotherapy. After being given the all clear she had a breast reconstruction. It is well documented that Linda has suffered with depression which is understandable. She lost her husband to the disease and her sister Bernie passed away in 2013. She is heavily involved with the charities.
*HUG IN A BAG * ASDA'S TICKLED PINK * BREAST CANCER CARE* BLACKPOOL TRINITY HOSPICE * THE SAMARITANS * SHARON FOX CANCER CENTRE * VARIETY CLUB CHILDREN'S CHARITY.
Linda announced, via her Sister, Coleen on ITV's 'Loose Women' that her cancer had returned.
LINDA NOLAN PICTURES
Back to content