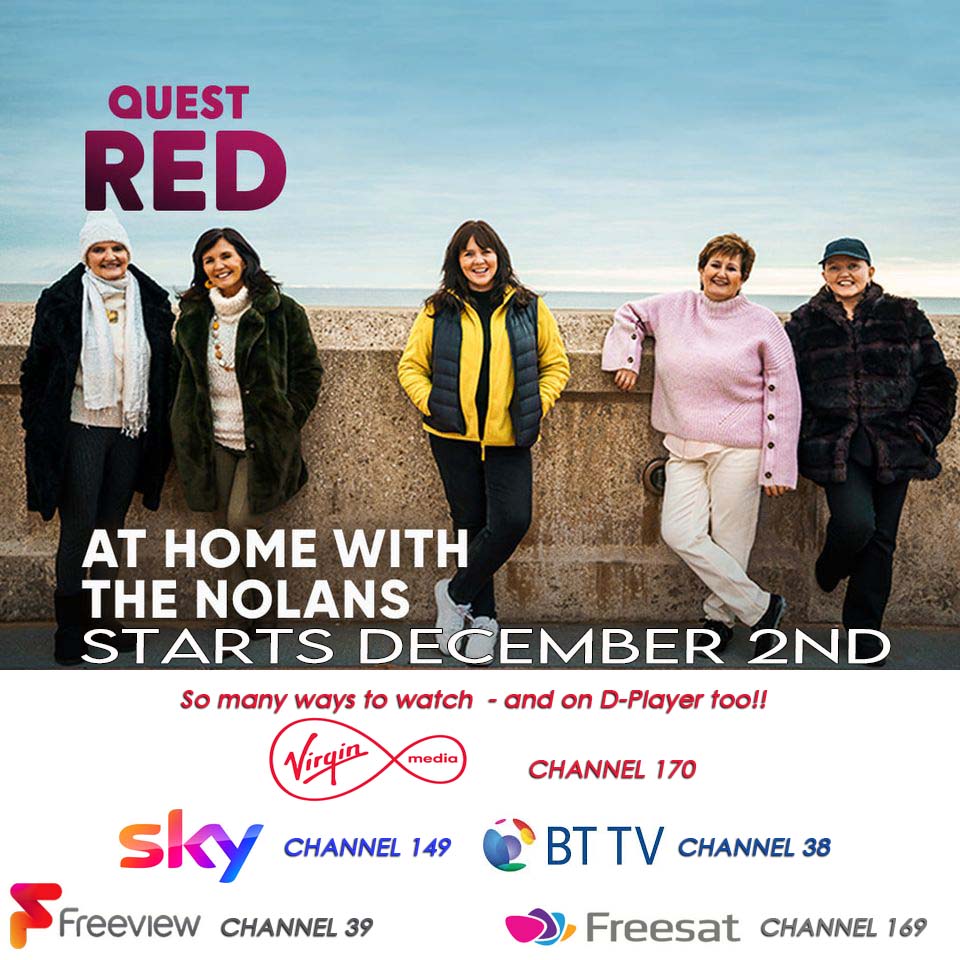 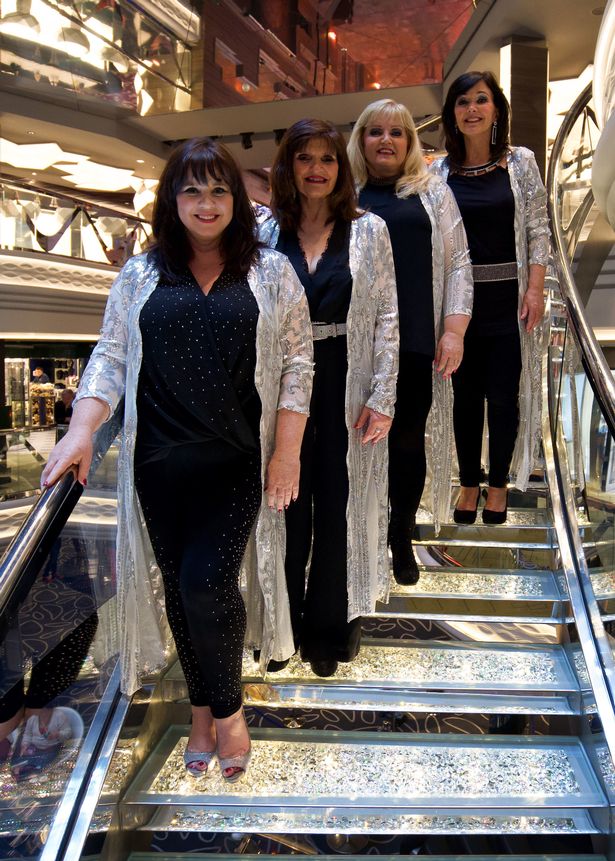 The Nolans: In the Mood for Cruising will follow the Nolan sisters Coleen, Linda, Maureen and Anne as they go on their first shared trip and first singing reunion in decades.
The sisters will embark on two cruises around the Mediterranean onboard the MSC Grandiosa and across the eight-episode series they will prepare to perform their hit single I’m In The Mood For Dancing on their final night on the ship in front of their fellow passengers. The ladies bond over visits to beautiful cities and towns, enjoy the luxury treatment on board one of the biggest Cruise ships in the world, while preparing for a grand finale reunion show on the ship.  The series will explore themes of loss, finding love in middle age and the strength of female friendships.  They will also address issues such as Linda’s fight with incurable breast cancer, low self-esteem, and what single life in middle age means for them.  The Nolans: In The Mood For Cruising is the sisters’ first TV show and singing reunion together in decades. Ahead of the show, Coleen said: “The four of us are so excited to go on this trip; there are things that we all want to tick off our bucket lists, and this is definitely one of them! “We want to give Linda the trip and performance of a lifetime!” Linda added: “This trip is going to be a riot and I cannot wait. Also we get to perform together again, and with Anne, and that will be very special.” The news comes after Coleen Nolan admitted her "libido is dead" after making the candid confession that she hasn't had sex for years, in an exclusive interview with Mirror Online. The singer and Loose Women star, 54, divorced second husband Ray Fensome in 2018, saying the "emotional and physical connection" had gone from their relationship. Coleen hasn't ruled out finding love once more, but says she'll never get married again.
COLLEN'S OFFICIAL WEBSITE IS NOW PART OF THE NOLANS OFFICIAL WEBSITE - CLICK THE LINK BELOW

GALLERY
APPLY FOR AUDIENCE TICKETS FOR LOOSE WOMEN HERE
TICKETS FOR LOOSE WOMEN ARE LIMITED TO APPLY CLICK ON THE LOGO BELOW
Please be aware tickets may not be available to everyone who applies. The successful applicants will be randomly selected from those who have applied for their tickets by email. Other applications will remain on the waiting list in case of returns. Once the tickets are all issued for a given date, the date will show on the Loos Women website as 'waiting list only'. So that you will know that the tickets for that date have been allocated and you would then be in the waiting list for returns. They ask everyone who receives tickets to let them know if they cannot attend. They can then pass these on. SRO do not email those who have been unsuccessful - they may get returns later - Returns can come in at any time so you may be successful later if someone else returns their tickets. If you are not successful, then SRO will add your details to their mailing list.
*Please remember that tickets are free, there is no charge to join the mailing list or to apply for tickets, and they try to accommodate everyone who attends, but tickets do not guarantee entry.
*Repeat applications for any given date will be discounted so applying more than once for a particular date will not increase your chances of gaining a ticket.
*If you do not receive tickets, They simply may not have space to offer a ticket to everyone who applies for this event.
*You may be asked for photo ID when you arrive at this event. Tickets are not transferable so please ensure that the person applying for the ticket will be attending as one of the ticket holders.
*Repeat visits are welcome.
*In addition to the usual live shows, on Fridays 31st March & 7th April at 4pm in the afternoon, they will be pre-recording an episode that will be transmitted later.
GOOD LUCK!